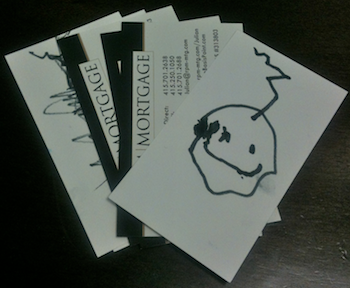 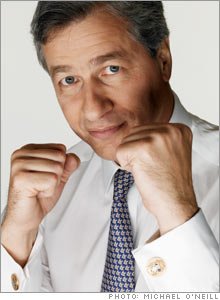 Finreg helps the biggest banks yet again? You don’t say!

A law requiring lenders to keep 5 percent of the loans they securitize on their balance sheets could be “a positive for the larger players” such as JPMorgan and Wells Fargo & Co. (WFC) because it exempts few mortgages, Citigroup Inc. (C) analysts said in a March 3 research note summarizing a meeting with Dimon.

The Dodd-Frank Act lets regulators exempt some mortgages from securitization rules designed to discourage risky lending. Six agencies drafting the rules, including the Federal Deposit Insurance Corp. and Office of Comptroller of the Currency, agreed to exempt loans in which borrowers make down-payments of at least 20 percent, according to U.S. officials who requested anonymity because the negotiations aren’t yet public.

That means lenders could securitize those loans without keeping part of the debt on their books. It would help bigger lenders such as New York-based JPMorgan, the second-biggest U.S. bank by assets, because they “have the scale to hold the 5 percent of non-qualifying mortgages on their balance sheet,” said Citigroup analysts Keith Horowitz, Craig Singer and Steve Foundos, citing Dimon.

Smaller lenders and housing activists say exempting only high-down-payment loans would raise borrower costs, shut out smaller originators and cement the positions of big banks that can afford to keep 5 percent of non-exempt loans on their books.

In response to those concerns, regulators are considering whether to include an option that would exempt loans with down- payments of at least 10 percent if they are backed by private mortgage insurance, which protects lenders from default, said one government official with knowledge of the discussions.