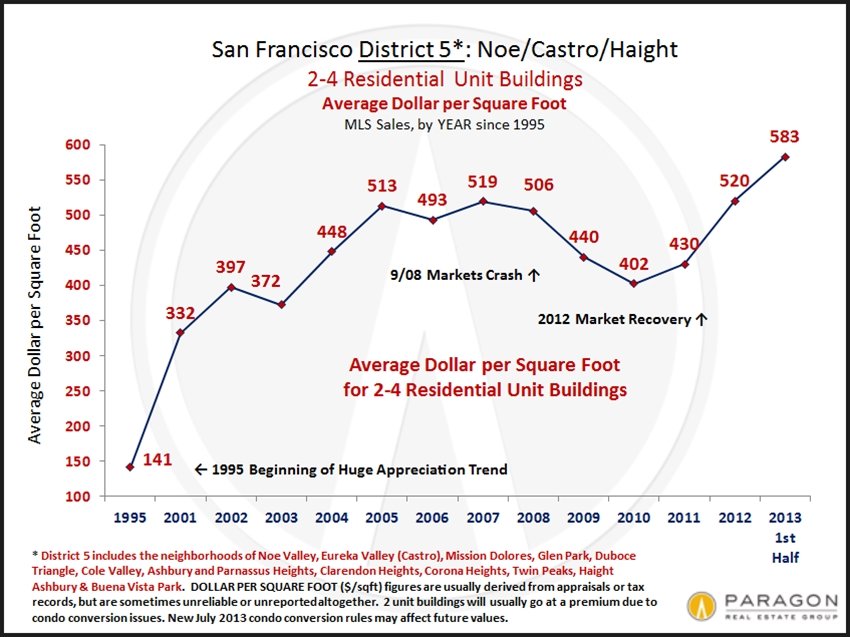 Before presenting rate predictions for 2011, it’s worth noting that all forecasts are subject to the whims of highly volatile rate markets. What follows is an explanation of how rate markets work, how rates have behaved since the financial crisis began in 2007, then the outlook for this year. 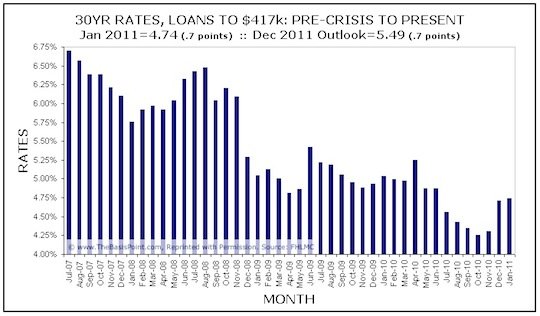 How Rate Markets Work
Home mortgage rates are derived daily from yields on mortgage bonds. Here’s what that means: A bond is like a loan. A bond investor is the lender and a bond issuer like Fannie Mae is the borrower. The investor pays Fannie Mae a certain price for the bond then receives an annual interest payment (called a yield or rate) on that bond they own. As mortgage bond prices trade up and down each day, that yield moves inversely. So if economic news is bad, bonds get bought, prices rise, and yields (or rates) drop. And if economic news is good, bonds sell, prices fall, and rates rise. All U.S. lenders update mortgage rates throughout each day based on whether mortgage bonds are trading up or down on the day’s economic data.

Rate Summary: Early Crisis to Present
Rates can swing .25% to .5% day-to-day as mortgage traders decide whether to buy or sell based on the day’s data. But rates do eventually conform to broader economic trends. The accompanying chart shows that rates were 6.7% in July 2007 because most traditional economic indicators signaled that our economy was healthy.

The crisis began July 2007 as subprime loans and funds started going bad, but the chart shows rates weren’t drastically impacted until November 2008, when markets for home loans, business loans, bank-to-bank loans, and most other forms of credit were collapsing. So the Fed did something it had never done before. They said they’d prop up housing by buying billions (which ended up being $1.25 trillion) in mortgage bonds to bid bond prices up and rates down.

It worked and rates dropped to 5.09% by January 2009. Besides some volatility you can see on the chart, rates stayed at that level until their buying ended March 2010.

But in November 2010 the Fed said they’d buy Treasury bonds instead of more mortgage bonds. This along with a moderately improving U.S. economy caused mortgage bonds to sell off, pushing rates up to the 4.75% to 5% range today.

U.S. Economic Outlook
Most 2011 projections for core U.S. economic stats are as follows: economic growth of 3.0% to 3.5% (currently 3.2%), consumer inflation of 1.5% (currently 1.1%), unemployment of 9% (currently 9.4%), and home prices to remain about the same (currently at mid-2003 levels). Flat jobs are justified because companies will hire conservatively until they see sustained economic growth (measured by GDP), and the high end of GDP projections at 3.5% isn’t much better than today. Flat housing is also justified because mass foreclosures on homes worth less than their mortgages will continue. And if consumer inflation rose to 1.5%, it’s still within the Fed’s 1-2% comfort zone.

Then there’s the ongoing European debt crisis which may continue to help our mortgage bonds and rates. Also a U.S. state and local government debt crisis is brewing, but the market reality is that troubled regions will likely get federal assistance even though many are against that. This situation might also help rates in 2011 as municipal bond investors seek safety in mortgage bonds.